It's carried on March 25th in 2008.
Nissan Choice of distress "China is more important than Richard Gere."

The VIP actor who are knowing and Hollywood when saying Richard Gere. Commercial appointment for the gear, the daily throughput, DOTAKYAN. A fuss will be the sign which seems to happen from now on between the gear and the daily throughput.
The car by which the said company requested an appearance from a gear, "Teana". It's the sold popular car kind in 03 on the concept of an adult luxury sedan. The industry person concerned says.
"Nissan estimates the sophisticated atmosphere of the gear and considers appointment. The appearance negotiations are continued and adoption has been decided on March 7th. I should exchange contract by seal in the end of March by a schedule and take a picture in April 9th-the 11th. The contract signing money is judged as 1,600,000 dollars (about 160,000,000 yen),".
But, the event which alienates this movement has occurred. Tibet riot. A riot starts with Lasa on March 10th and expands from Tibet quickly. 130 deaths are handed down to another view.
Why did this riot make Nissan indecisive?
Well, a gear has supported Dalai Lama eagerly from before and has repeated Chinese government criticism. I remark "A Chinese government oppresses Tibet." by Oscar ceremony in 93. Beijing Olympic boycott is being appealed this time.
"If such gear is appointed, it's inevitable to incur ill feeling of a Chinese government. Nissan announced an sales target in fiscal year 08 in China at 500,000 at the end of February. If I make them scold a Chinese government, when it can be driven out of a Chinese market target achievement and also, they seem to have worried and have decided on 18 days as cancellation. Because it was just before the sealed contract, I had not signed, but a contract was almost made actually. The gear side, "You broke your appointment.", an unpleasant feeling is indicated and I'm assuming the stance of court battle and. Even if Nissan will pay 1,600,000 dollars, further penal sum may be requested,", (the person concerned from the front)
When I inquire of a daily throughput public relations department fact relevance, I "don't come by a comment", it was an answer.
Nissan which suffers with Tibet riot and a dilemma of a Chinese government. Preliminary research was superficial. 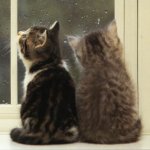